The Aramco Team Series will be returning to the Centurion Club in Hertfordshire this summer after it was announced that the Ladies European Tour series of tournaments is back for a second season in 2022.

The three-day tournament, which is scheduled to take place from June 16-19, will attract some of the women’s game’s biggest names from all over the world, who will be competing for a $1m prize fund. The unique event also offers the chance for amateurs to play alongside tour professionals. 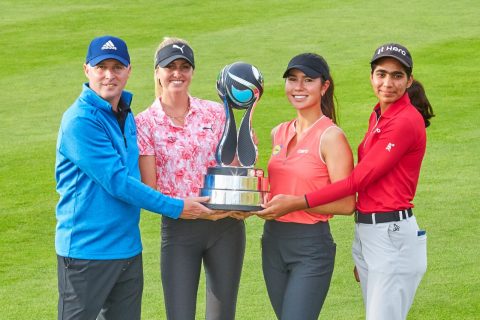 The tournament will see 36 captains lead teams of four players, who together will compete to shoot the lowest combined score over 54 holes. All teams will feature three LET players paired through a draft system, in which captains choose one player and are randomly assigned another. The fourth member of each team will be an amateur – a position open to all golfers in the UK for the Aramco Team Series – London through the tournament’s world-first Team Up competition. That means it could fall to an amateur golfer to hole a tournament-winning putt to secure prize money for the professional players, a feat unique to world golf.

In addition to the team competition, professional players will compete for the lowest individual score over the weekend, for which there is a $200,000 prize up for grabs from the overall pot.

Details on how to buy tickets for the event will be revealed soon.

The interior is all about the details. So don’t forget about them? – Golf…